You are here: Home / Behavior / All About Dominance – 1

Is My Dog Dominant? 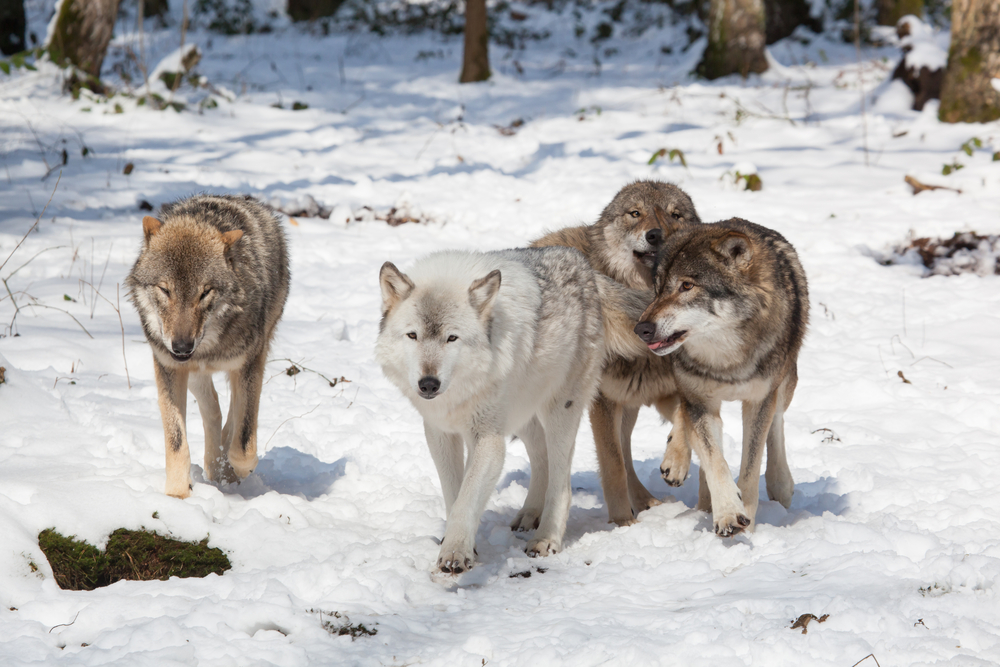 You’ve heard the popular jargon – alpha dog, pack leader, dominant. It’s the in-thing to treat dogs as if they are wolves in dogs’ clothing – trying to take over; dominating. But they’re not! Not only does this attitude damage our relationships with our dogs, it’s based on flawed beliefs.

First, dogs are not wolves. Dogs are dogs. Secondly, many popular perceptions about wolf behavior are erroneous and misleading. Even if you buy into the idea that a dog’s behavior is just like a wolf’s, wolves don’t behave the way we’ve been led to think. Wolves are not naturally dominant. They aren’t trying to take over either.

Here’s the problem: Wolf behavior studies are largely based on captive populations, not on natural wolf behavior in the wild. Are they different? Absolutely. Does it matter to our understanding of canine behavior? You bet!

In the wild, a wolf pack is usually a family consisting of a breeding pair and their offspring of the previous one to three years. Much like a human family, as youngsters reach maturity, they leave the parental pack and form their own. A pack with several adult males and females of the same age would rarely, if ever, be found in the wild. But this is the make-up of a captive population, from which many dog trainers and behaviorists derive theories of dog dominance. These theories are as unnatural as the wolves’ surroundings.

As biologist David Mech writes, “Attempting to apply information about the behavior of assemblages of unrelated captive wolves to the familial structure of natural packs has resulted in considerable confusion. Such an approach is analogous to trying to draw inferences about human family dynamics by studying humans in refugee camps. The concept of the alpha wolf as ‘top dog’ ruling a group of similar-aged compatriots is particularly misleading.”

So the idea that the adult dog is continuously vying for control of the family unit – that all interactions are calculated to maintain or achieve higher status – is incorrect. The problem? Simply this: Dominance theories interfere with our enjoyment of our dogs and damage our relationship with them.

If you’re convinced your dog is looking for the slightest chink in your leadership armor, can you ever relax with him? Can you take pleasure from a dog that you believe is constantly watching for the slightest opportunity to overthrow you? Is this a recipe for a trusting relationship? We don’t think so either. So let’s look at some truths about dominance.

Next:  The Social Hierarchy – All About Dominance, Part 2